Here is the Committee: Meet the women and men doing all the hard work behind the scene…

Nesreen Ghonaim is an Advancement Manager at Effat University with a bachelor’s degree in Business administration. She will be 5 years old in November, that’s in running years of course! She was introduced to running in 2015 seeking a life-changing action toward a healthier lifestyle.

“From a chain smoker to a passionate crazy runner – that’s my story.”

She joined Hejaz Ultra’s events since the beginning and was blown away by the amazing experience of Trail running. In fact, she discovered the beauty of Jeddah city from an entirely different perspective.

“Hejaz Ultra did not only give me wings to pursue many adventures and challenges like my 1st marathon in 2018 which I never thought would be possible. It also allowed me the space to become part of this exciting and unique world of organizing and planning for races.”

Founding member of Hejaz Ultra and cornerstone of the Committee, Nesreen joins all the different events of Hejaz Ultra since it’s 1st Hejaz50 and will continue with the enjoyable sweet torture that she gets from the wild and crazy challenges which introduced her to self-discovery and open possibilities.

You can reach her on nesreen@HejazUltra.org

Ahmad Nasser is a 25 years old Saudi Coffee and Sports Enthusiast who professionally works in HR.

Running on Trails, Dunes and off-road in General brings me joy that no road can sprinkle.
Running is one of the toughest Mental Game’s you could ever play, Road Runners know this as a fact, Trail Running has an extra flavor of having nature surrounding you and going uphill, downhill gives its own spice. And the secret of it is the company you Run with, which Hejaz Ultra keeps delivering on with Amazing Events, Running Playgrounds and People!

Since 2007, Fabrice Laborie has crossed the finish line of half a dozen Marathons (42.2km), numerous 10km and Half-Marathons, but his love for the outdoors turned him into a Trail Runner while he was in the U.A.E.

“Who wants to run on tarmac when you can run up a mountain? Why be constrained by streets and traffic lights when the Dunes are endless?”

Fabrice has completed a few Ultra-Marathons, pushing his limits beyond the traditional 42.2km marathons. Two times finisher of the Oman 72km Wadi Bih race, finisher of the 250km Marathon des Sables in 2014 in Morroco in 2014, of the 195km lake Balaton Supermarathon in Hungary, the 130 km 3xtreme UrbanUltra in the U.A.E, he also joined the 2014 Insomnia race where he completed 126km in the 24hours allocated for the race.

After being on the Committee of the ABRaS AC in the United Arab Emirates and Dubai Creek Striders running clubs in Dubai, he started joining and then helping organize runs in Jeddah where he met like-minded Ultra runners.

In 2015, he finally decided to create the Hejaz Ultra running club to organize training and Ultra Trail races. You can reach him on fabrice.laborie@HejazUltra.org

My name is Rémi.

I come from France and I am currently a student at KAUST and an outdoor enthusiast. I started running in 2012 after a failed summer due to an ankle injury.

After my first race (that I did not finish), I decided to run more seriously and I have been enjoying it like crazy ever since, mostly on long mountain trails.

Emad Salhab is a 33-year-old Syrian living between the Czech Republic and Jeddah, Saudi Arabia. He’s a certified Running coach and on the way to be an experienced one.
He never expected his simple goal of trying to lose weight turn into a passion for trail running.

One of our jolliest runners who stood out of the crowd for wearing a thobe and the biggest grin in our last Hejaz50 race for his 21km relay loops, Emad never runs out of energy and is a natural at any new sport he tries and becomes an instant rival to his competitors. He is a triathlete and aspiring to do his first 70.3 Ironman in the next few months. Emad is one of the brave Hejaz Overloaders who joined in its inaugural race in all its versions.

“Hejaz Ultra not only opened my eyes but also my heart to fall in love with running in the desert. Literally, every mile is an experience and every experience is a great timeless memory.”

Emad is also a certified PADI rescue diver and experienced diver, so when he’s not grilling under the unforgiving desert sun, you’ll find him chilling underwater in the calm ocean.

Muneeb Saeed aka “CJ” aka thecrazyjogger is a 30-year-old Pakistani who enjoys running, riding, and hiking in his free time. He joined HejazUltra in 2016, participating in the inaugural Hejaz50 which made him fall in love with the trails.

Quote: HejazUltra introduced me to the trails & dunes right on the doorstep of Jeddah, which allows me to escape the city for a few hours/days and enjoy the adventurous trails with my friends. This is why I am always looking forward to taking that exit off Route 5 first thing Friday morning!

He ran his first full marathon in January 2017, in KAEC. To date, he’s completed 9 road marathons, 1 Ultra Marathon, and one trail marathon distance as part of Hejaz100.

Muneeb also loves training with other athletes. He’ll be glad to be your running pacer for long distances and is also available to teach you how to ride a bike 🙂

Professionally, he’s a Financial Analyst. He loves to solve problems and analyse data using Excel, with a little bit of help from Python, PowerQuery, VBA and Java. You can contact him for most IT / Tech related questions

It.s me, Angelo Orlando, an IT Engineer in the role Global IT Coordinator for an important Fruit Company in GCC from Italy, Como.

After more than 20 years of inactivity only nine years ago I restarted running. The passion for the race makes me join Aries Como Athletic Team in 2013, the team organizing one of the most beautiful half-marathon running in Italy over Lake Como.

Two years dedicated to chew the asphalt then only after I have discovered the race inside Nature, leaving the city forever: the races on asphalt is only a challenge with the time leaving monochromatic memories:  running Into the wild, mountains, now deserts this is a much bigger and more intense challenge leaving always only colors.

Since my first day in Jeddah, I started to run for the streets of the city till the day I was invited by the founder of the group, Fabrice Laborie to join the wild side of KSA. This made me join Hejaz Ultra, crazy people sharing my passion. So now the Italian Alps has been replaced by deserts, dunes and hilly volcanoes usually after sunset.

See ya in some dark place out of Jeddah !

More and more 10k and Half Marathon across the Italy 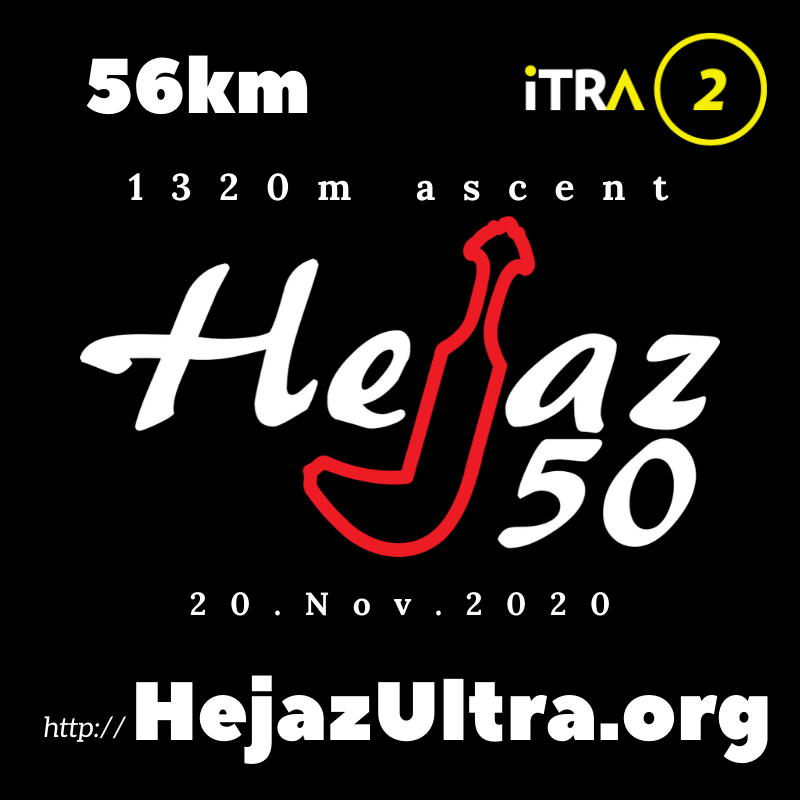